Put Skilled Counsel in Your Corner Schedule a Free Consultation 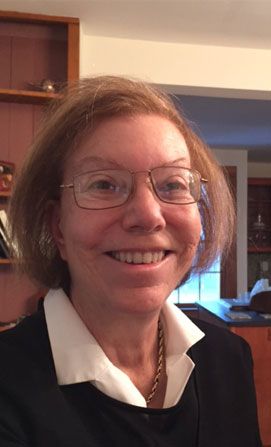 Susan found her passion for employment litigation in the 1980s when she had the privilege of representing four distinguished African American reporters seeking to crash the “white ceiling” at the New York Daily News. After nine weeks of trial, Sue’s clients prevailed in the first successful race discrimination “promotion” case against a nationally circulated newspaper.

Since then, Susan has represented employees in federal and state courts in cases spanning claims of age, gender, race, religious affiliation, disability discrimination, sexual harassment, retaliation against whistleblowers, civil rights, violations of non-competition agreements, and more. In addition to her work on behalf of employees in the private sector, for seventeen years Susan represented the City of Newark in public employment matters, and for over ten years served as special counsel for civil rights litigation for the City of Trenton. Susan’s name appears as the attorney at oral argument, or on the briefs in numerous published opinions by state and federal appellate courts in the area of employment law. G. Martin Meyers and Susan Singer have worked together to obtain numerous positive settlements and verdicts on behalf of discrimination victims, in both state and federal courts.

Susan’s interest in public service over the years led her to serve two four-year terms as a member of the District VII Ethics Committee of New Jersey’s Supreme Court and, currently, as pro bono counsel to a non-profit shared housing facility in Montclair.

As your attorney, I'll be by your side at every step to provide you with the representation you deserve.