Put Skilled Counsel in Your Corner Schedule a Free Consultation

Justin A. Meyers, Esq.
Of Counsel 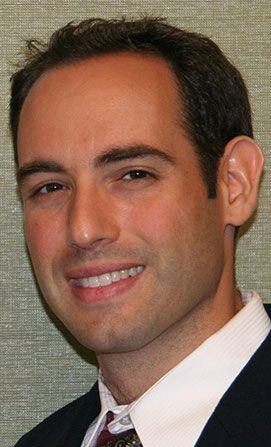 Justin A. Meyers, of counsel to the firm, is admitted to practice in both New York, New Jersey, and Washington, D.C. Justin is among the small percentage of attorneys with a Masters in Business Administration (“M.B.A.”), and a reported Appellate Division decision in Murnane v. Finch Landscaping, LLC, 420 N.J. Super. 331, cert. denied, 208 N.J. 600 (2011).

Justin received the degree of Bachelor of Arts from Boston University in 2001, his MBA and his law degree (Juris Doctor) from Vanderbilt University in 2006, and he was admitted to the Bar in New Jersey in 2006, in New York in 2007, and in the District of Columbia in 2008.

Justin, who has particular experience in the areas of commercial foreclosure litigation and construction law, is also the firm’s leading brief writer. He is also the firm “technocrat,” who makes certain that the Law Offices of G. Martin Meyers remains at the forefront of technological advancement, in the area of litigation and computer technology.

Turn to me when you need knowledgeable advice on a legal issue affecting your life.